The History of Classifieds 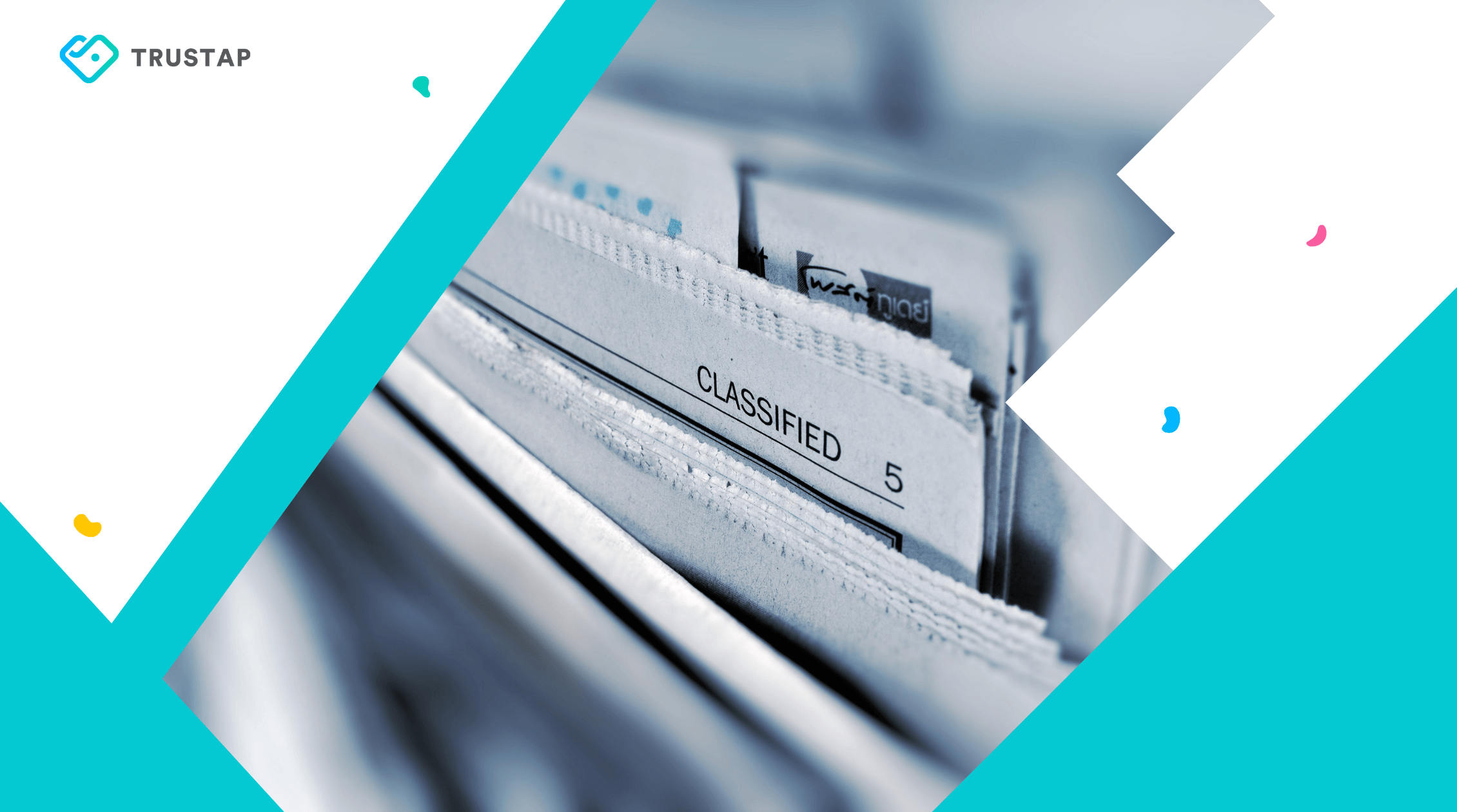 If you wanted to buy a second-hand car 30 years ago, the most popular and efficient way of doing so would involve buying the local paper and browsing through the classifieds section until you spotted something that caught your eye. Your next step would then be to call the seller’s phone number or visit the seller’s address to try and buy it.

Buying and selling like this from the print classifieds was always a slow and tedious process and it was just a matter of time before someone would reinvent the market. In 1995, eBay and Craigslist built innovative sites that would change the way people bought and sold forever. Online Classifieds was born.

The classified ad section had been a huge revenue generator for the newspapers. As soon as Craigslist and eBay started growing in popularity, it was too late for most of the newspapers, they hadn’t seen it coming and the results were stark. The Management Science Journal predicted that from 2000 to 2007, Craigslist alone cost US newspapers $5 billion in revenue and shrank their classified ad rates by 20.7%.

Throughout that period, the main reason that the print classifieds weren’t wiped out completely was that the online classifieds couldn’t properly replicate one thing – trust. Fraudulent postings were rare through newspapers but due to the anonymous and fast-paced process of Craigslist and eBay, scams and fraud became a serious issue there. Although screening is set up for Craigslist and eBay, it is very hard to catch scams when users can post instantaneously.

A reluctance to adapt

The older online classified companies have always had pretty straightforward business models. They take a ‘hands-off’ approach and merely connect the buyers and sellers with each other, usually by revealing the seller’s contact details on an advert or by providing a message centre for them to communicate. What happened between the people buying and selling after this point was not something that they wanted to get involved in, and it was completely understandable. This strategy had a lot of advantages, it didn’t require a huge amount of resources to manage the platform and it also meant the companies themselves could avoid liability when it came to scams, fraud, or much worse criminal activity that stemmed from a connection on their website. If you take Craigslist as an example, here are two mind-blowing statistics that validate their strategy:

The emergence of Social Selling

One of the main factors compounding users’ fears of potential scams and fraud on the online classifieds was the anonymity of the users. In October 2016, Facebook added its ‘Marketplace’ feature to its already popular app and website. This classifieds feature allowed users to buy and sell by linking their Facebook profile to every posting. The primary way to communicate about the post is through Facebook Messenger, which most people were already very familiar with. The new marketplace feature has been a huge growing success to date, with many attributing this to the personalised ‘social selling’ aspect of it. This particular feature has been replicated across multiple platforms but it has done little to remove the risks of scams and fraud, in fact, it has made the problems even worse.

US Consumers in 2021 reported losing about $770 million to fraud initiated on social media, about one-fourth of all reported fraud losses for the year and an 18-fold increase from 2017, according to the Federal Trade Commission’s latest Consumer Protection Data Spotlight. Of those who reported losing money to fraud in 2021, more than 95,000 indicated that they were first contacted on social media, more than twice the 2020 number, which was most probably accelerated due to the Covid-19 pandemic and people’s reluctance to meet up in person. The largest number of reports came from people who lost money to online shopping scams. Most of the reports about these online shopping scams involved someone who ordered a product they saw marketed on social media that never arrived. Consumers who named the social media platform where the undelivered products were marketed most often pointed their fingers at Facebook or Instagram.

The online classifieds knew that they had to start offering more to their users to differentiate themselves from the new social media platforms and modern marketplaces that were growing in popularity. They needed to move closer to the transaction itself to make the whole process safer and more efficient for their users. This was easier said than done because it involved offering payments, shipping, logistics, identity verification and countless other features that were a far cry from the original Craigslist business model that they had replicated so effectively. It would involve significant investment to grow their teams and support such large changes which, on the face of it, made it look like a risk. Very few online classifieds wanted to make this leap for those reasons. One that did, was Vinted. Vinted started out in 2008 as an online classified site for used clothes. They operated the same way that Craigslist and thousands of others did, they charged the sellers a fee for their advert and that was their primary revenue stream. In 2016, they moved closer to the transaction. They gave their buyers the ability to pay their sellers on the app and introduced a shipping feature so that the clothing could be sent easily from the seller to the buyer too. It has been a huge success, users loved the new features and almost all of Vinted’s users now use the payment and shipping option on the platform as opposed to the private off-site transactions that were the only option previously. Vinted built and managed these changes themselves but it was by no means an easy job. They have over 1,000 employees and have raised over $550 million in funding, not every online classified will have the ability to replicate them.

What if there was a much simpler way to get all of the benefits of what Vinted did, by moving closer to the transaction, adding convenience, and alleviating the risks of scams, fraud, and crime?

An easy way to move closer to the transaction

There is no doubt that now is the time for Online Classifieds to become transactional. The Covid-19 pandemic has accelerated digital adoption and scams and fraud have followed suit. How do companies do this if they don’t have millions in the bank and a large technical team to implement it? They can partner with a 3rd party that manages all of these aspects for them.

Trustap is a milestone-based transaction platform, specifically designed to integrate into existing classified marketplaces and enable them to become transactional, without any of the hassles. Trustap works similarly to an escrow payment platform, except that it handles much more than just the money. Trustap combines payment with logistics and identity verification to manage the full transaction from start to finish. Both buyers and sellers are protected and just as importantly, so are the marketplaces, as Trustap takes the full liability on every transaction. By partnering with Trustap, marketplaces get all of the benefits of monetising their transactions, gaining value data insights, and providing a safe environment for their users to transact.

Online classifieds from all over the world like Preloved.co.uk, Aaannunci.it, Findit.fi, Sprzedawacz.pl and Claz.org to name but a few have recently partnered with Trustap to move closer to the transaction. Get in touch today to see how easy it is to follow them!